Home Print Vocabulary And Terms The History of Printing

Printing goes back a long time, to roughly 3000 BC and even earlier to be exact. It has been an essential part of the growth and development of civilization over the years, proving to play an integral role in spreading culture. Printing didn’t always look the way it does now though. Back when printing was first put to use, the Mesapotamians used round cylinder seals for rolling an impress of images onto clay tablets. These days, you can purchase handheld devices that will instantly print the photos off your phone. We have come a long way in terms of how we document and replicate things, but let’s take a look at the history of printing and how we got to where we are today

When was the printing press invented?

No one actually knows when the first printing press was invented or who invented it, but we do know that the oldest known printed text was found in China during the first millennium A.D. The Diamond Sutra, a book from Dunhuang, China circa 868 A.D. is believed to be the oldest known printed book. This book was created with the block printing method, which used panels of hand-carved wood blocks in reverse. This period of time saw several printed materials, such as a printed calendar from roughly 877 A.D., vocabulary guides, math charts, dictionaries and more. The wood block printing method was utilized by both Japan and Korea around this period of time as well. It was also during this time that metal block printing was developed.

The history of printing and its evolution

Around 1041, Bi Sheng, from Yingshan, Hubei, China developed moveable type which replaced printing blocks with reusable individual letters. It is said that Bi Sheng did not use wood because the texture was inconsistent and absorbs moisture too easily. Before moveable type, lettering had to be written out in full. This technique allowed for individual letters to be configured and placed together in any order.

Moving forward to 1440, Johann Gutenberg brings us the most innovative printing method to date. Arguably the most important person in the history and evolution of print, Gutenberg is behind the invention of the Printing Press. By combining techniques such as moveable type into a single device that could be operated by hand, Gutenberg rapidly sped up the process of producing printed materials, resulting in printed texts becoming widely available and were no longer restricted to just the wealthy. This helped improve the lifestyle of the lower class immensely, as people now had access to all of this information and education they hadn’t before. The first book to be mass produced was The Gutenberg Bible in 1455.

Around 1515, the method of etching was used to decorate metal arms and armour. This method was applied to printmaking by German craftsman, Daniel Hopfer. The etching process involves creating prints from a metal plate, typically copper or zinc. The plate is coated in an acid-resistant substance often referred to as Etching Ground, before it is drawn on, or etched, with a sharp tool. The plate is then placed in the acid, which removes the areas not protected by the Etching Ground. This creates recessed lines that hold the ink. The plate is then placed on paper and sent through a press to create the print.

Fast forward to 1796, when the lithography technique that is still used today was born. Lithography centers around the relationship between water and oil, which repel one another. Using an oil based medium, such as a wax crayon, an image is drawn onto limestone. Then the stone is covered in a solution of Gum Arabic. The solution is then removed using lithographic turpentine which allows the ink to take only where it’s wanted.

In 1843, Richard March Hoe invented the Rotary Press. The Rotary Press worked using cylinders that the images to be printed were curved around. This was significantly faster than the printing press as it allowed for paper to be continuously fed through the press.

Offset printing is another technique that is still used today. Invented in 1875, this technique works by transferring the ink from a plate to a rubber blanket and then to the printing surface. Offset printing was born from the lithography technique, which is still used in some cases of fine art printmaking. These days, offset printing is one of the most common methods used to produce newspapers, magazines, books and other commercial materials due to its speed and consistency printing large quantities.

Screen printing was invented in China back between 960-1279 A.D., but did not take off until the early 1900’s. This is when silk stock became more available. The screen printing technique involves pushing ink through a mesh stencil onto textiles or paper. Screen printing is a popular method for t-shirt printing.

Inkjet printing allows for the ink to be sprayed through jets as opposed to direct contact with paper and is the most common type of printer. This method can recreate a digital image by spraying droplets of ink onto paper and plastic materials. The Inkjet method was first developed in the 1950s by Ichiro Endo, who worked at Canon. Around the same time, Jon Vaught from HP was working on a similar idea. These days, Inkjet printers are widely produced by Epson, Hewlett-Packard (HP), and Canon. 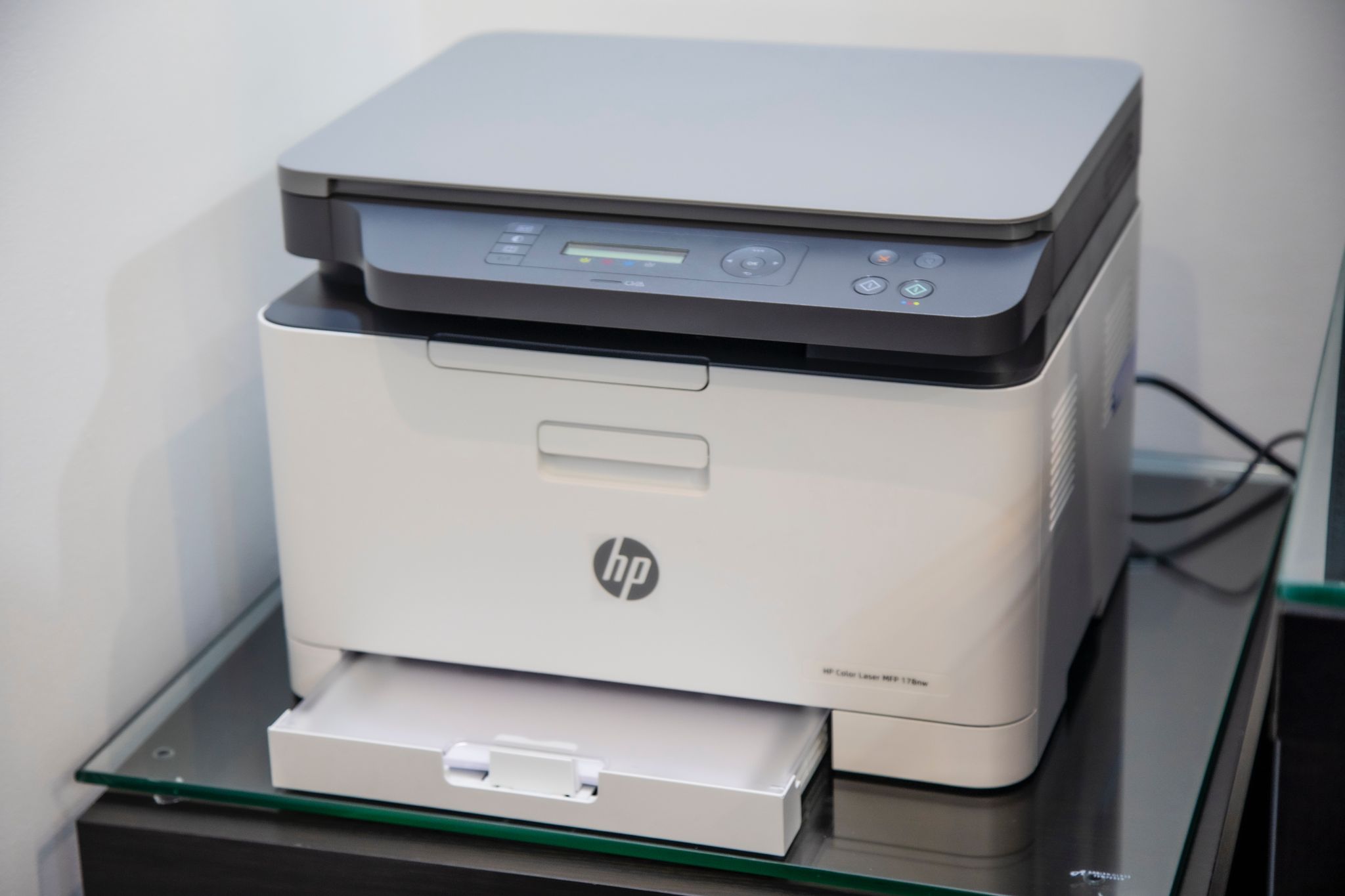 Inkjet printing paved the way for a whole new world of printing. Laser printing was quick to follow in 1969. An advanced method to produce high quality images by passing a laser beam back and forth over a negatively charged cylinder within the printer. Then it collects electrically charged powder ink to transfer the image to the paper.

In 1991, printing became something you could do in your own home with your own printer. Digital printing made it possible to print straight from a digital file in your home. Digital files, such as PDFs, can be sent directly to the digital printer which will print your file on paper, photo paper, etc.

Explore all of your printing and contact Printivity today!

Beginners Guide To DPI vs PPI

Common Print File Mistakes and How to Avoid Them

How the Gutenberg Press Revolutionized Printing

Natalie Wiley - May 18, 2019
0
When choosing the paper type for printing booklets (or any print product), it might seem like there is a never-ending list of variables...

How To Design For Book Gutter Margins

How to Instantly Make Your Perfect Bound Book Stand Out!

The Difference Between Tri-Fold and Z-Fold

Printivity.com created Insights to teach you about print, design, and growing your business! Visit Printivity.com for instant quotes and to place orders for all of your marketing materials.
Contact us: insights@printivity.com